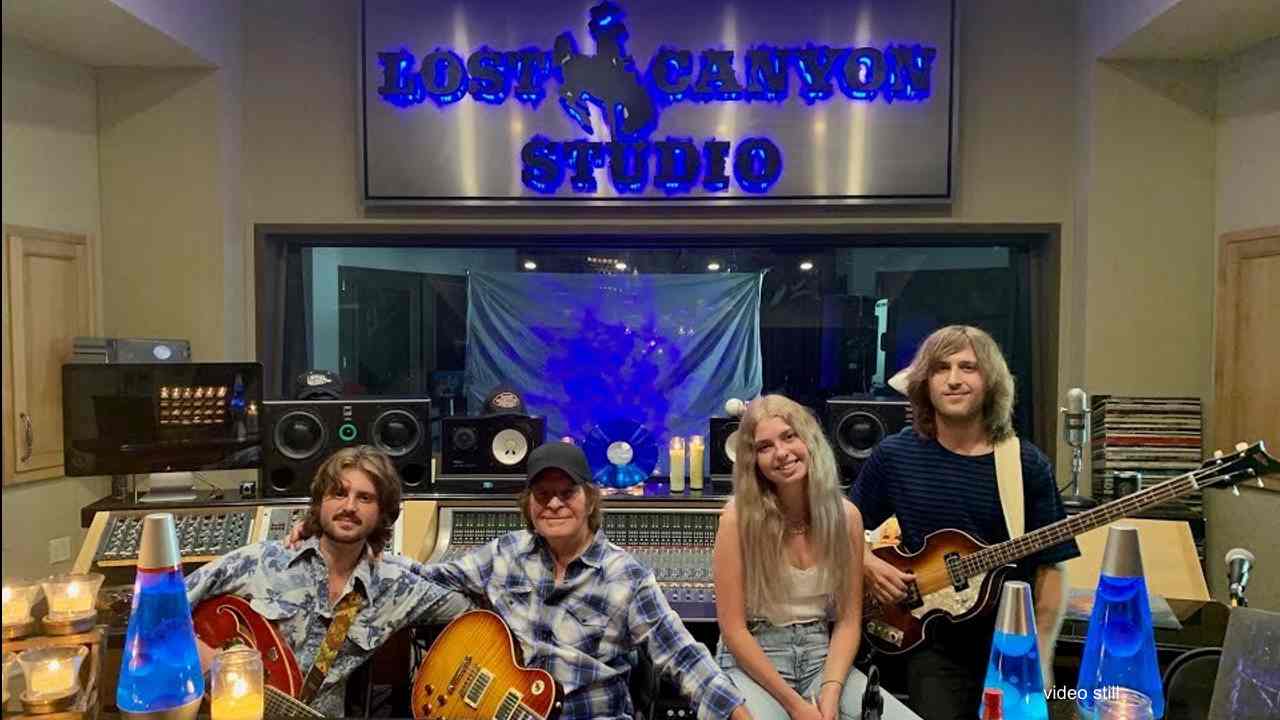 (hennemusic) John Fogerty and his family are streaming video of a performance of "Blue Boy", a track from his Grammy Award-winning 1997 album, "Blue Moon Swamp."

"Shane is about 5 years old in the original music video," recalls the rocker. "'Hey! You are hurting my ears, Daddy!'" The Creedence Clearwater Revival legend's fifth studio record, "Blue Moon Swamp" topped the charts in Finland and Sweden, was Top 5 in Norway, and reached No. 37 on the US Billboard 200.

"Blue Boy" is the latest in a series of clips from the project, following recent performances of "Hot Red Heart" and "Blue Moon Nights." "We have had so much fun creating these videos," says Fogerty. "We hope we could bring some joy into your home from ours. These videos were a labor of love, only produced with a few folks with social distancing and masks included! We were able to create these videos without a big production or overdubs straight from our own home.

"Fogerty's Factory will be taking a hiatus for a while as one of the band members, Kelsy is off to college! We plan to bring all our fans more in the future. Stay tuned for the announcement and special plans for Fogerty's Factory in the coming month." Watch the video here.