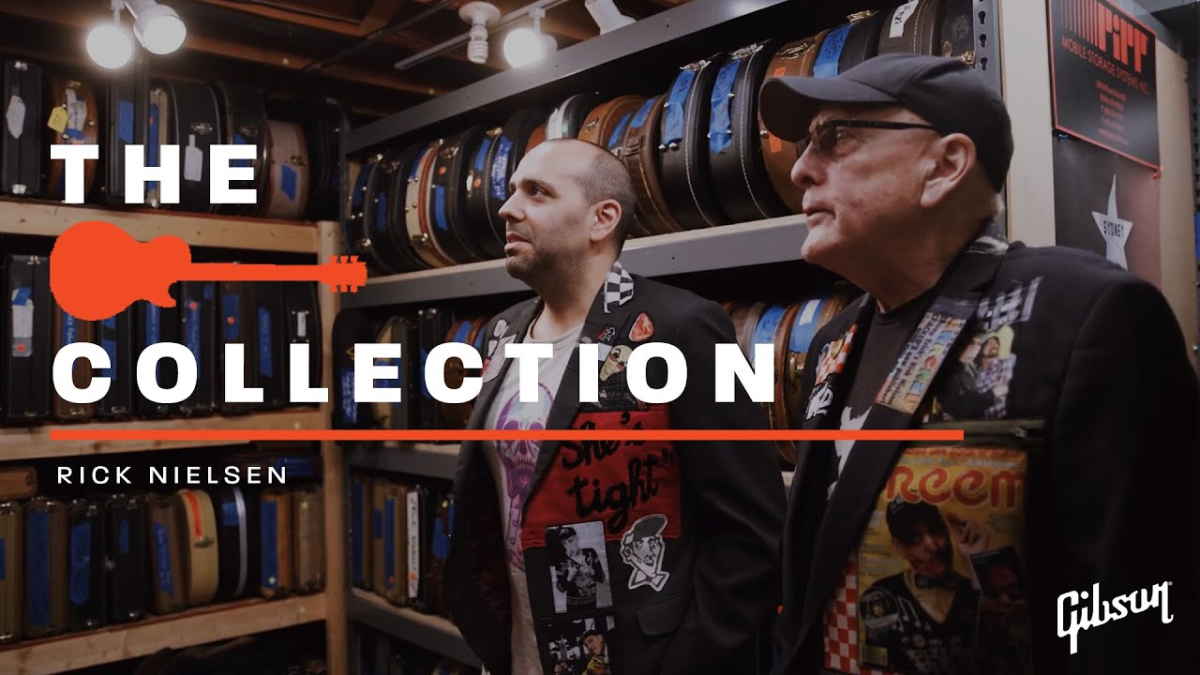 (hennemusic) Rick Nielsen of Cheap Trick gives a private tour of his guitars in the latest installment of the Gibson series, "The Collection," and video is now available online.

"When it comes to guitar collections, some are so large, so special, and so rare, that even the best collectors can't help but do a double-take. This is how you would define Rick Nielsen's collection - a total head-turner," reads the show's synopsis. "In the latest episode of 'The Collection,' host Mark Agnesi heads to Rockford, IL to visit the godfather of guitar hoarding. Rick Nielsen, the lead guitarist for Cheap Trick, takes us through his cavern of guitars. Ranging from quirky and strange to the ultimate rare and last of its kind. And in a "The Collection" first, Rick shows off three original 1958 Explorers out of only nineteen in existence.

"While Rick's guitar bevy is superior to most, what's striking is his irreverence for 'value' in a world full of collectors and purists. In Rick's eyes, the guitar belongs to him, and how pristine the guitar is doesn't really matter. His passion for guitars and the guitar world is apparent as he is still adding to the vault. Follow along as Rick takes us through his fantastic collection."

Neilsen was among the members who formed Cheap Trick in Rockford in 1973; the group issued its self-titled debut and follow-up, "In Color", in 1977 and "Heaven Tonight" in 1978 before breaking into the mainstream with the 1979 live album, "At Budokan."

With sales of more than 20 million albums, Cheap Trick were inducted into the Rock And Roll Hall Of Fame in 2016. Watch the episode here.