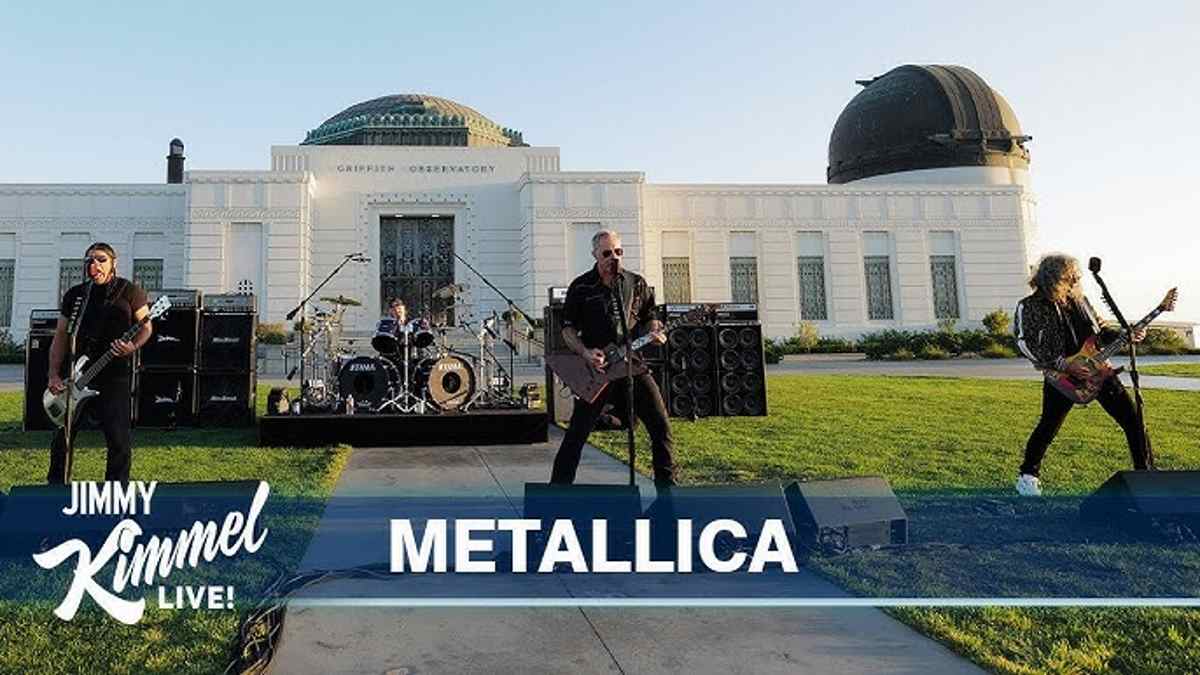 Metallica had a top 21 story from September 2021 after they were featured guests and performers on the September 10th episode of ABC-TV's Jimmy Kimmel Live. The group's appearance was in sync with the same-day release of a series of 30th anniversary reissues of their self-titled fifth album.

Band members were first seen reading real Amazon 1-star reviews of The Black Album before they joined Kimmel in studio for an interview about their commercial breakthrough and its legacy three decades later.

In addition to the 2021 reissues, the group also discussed their newly-released collection, "The Metallica Blacklist", which features interpretations of songs from the 1991 album from more than 50 artists spanning a vast range of genres, generations, cultures, continents and more.

Metallica delivered a performance of the record's fourth single, "Wherever I May Roam", at Los Angeles' Griffith Observatory for the late night program, which is also sharing an online exclusive live version of "Holier Than Thou" from the iconic location. Watch the 1 star reviews video below and stream both performances and the interview here.