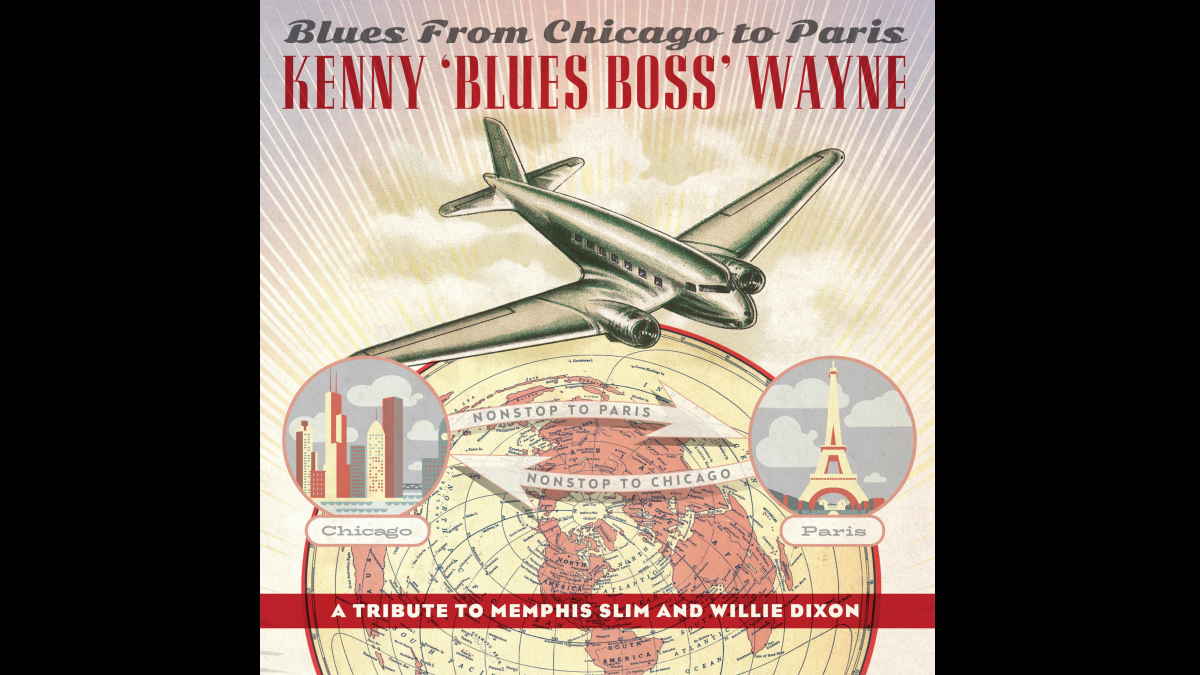 Kenny 'Blues Boss' Wayne has announced that he will be releasing his new album, "Blues From Chicago to Paris: A Tribute to Memphis Slim and Willie Dixon", on March 4th.

Wayne had this to say about the 17-track tribute record, "Memphis Slim and Willie Dixon were a team, and their styles worked great together. Out of many other blues piano players I've listened to, I found a unique playfulness between these two men, unlike the many other great blues pianists."

We were sent these addition details: Focused on the period when the two giants of the genre teamed up to tour the globe in the late '50s-early '60s, Blues From Chicago to Paris presents a robust collection of favorite songs, as well as the innovative tunes that have inspired and influenced artists ever since.

As was the case with his other most recent release, 2020's Go, Just Do It, Kenny Wayne took on the role of producer once again for Blues From Chicago to Paris; he also invited bassist Russell Jackson, a veteran of the B.B. King band during the 80s, and drummer Joey DiMarco into the studio for the sessions.