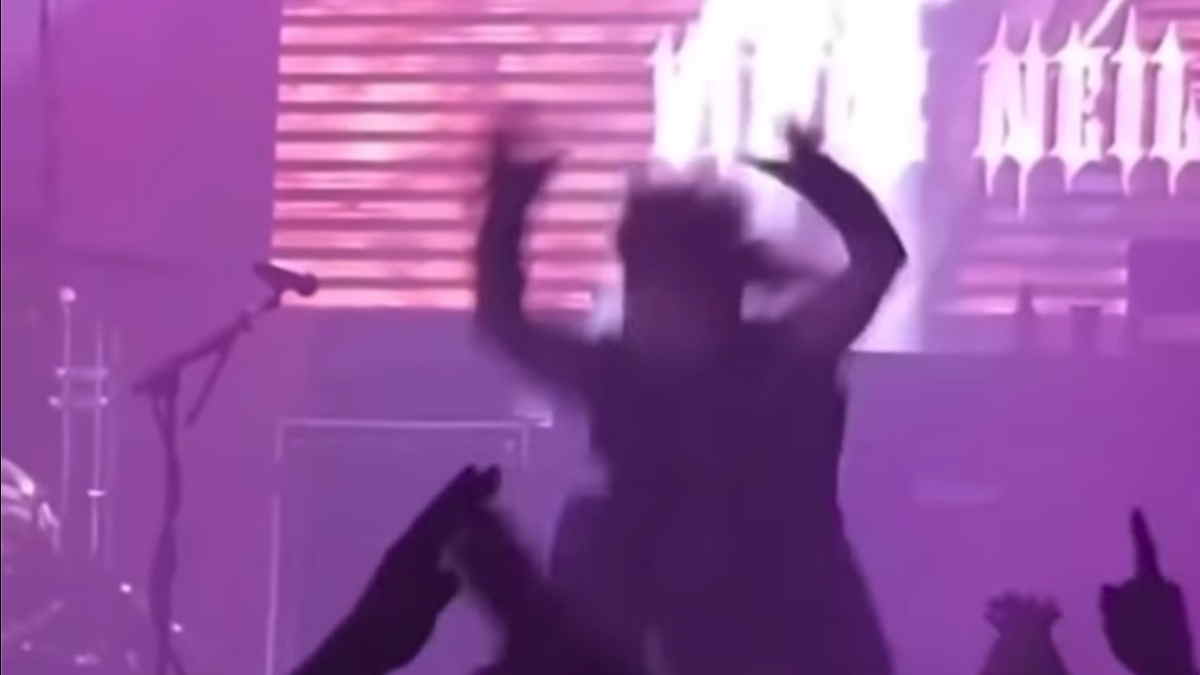 (hennemusic) Motley Crue singer Vince Neil earned a top 21 story from October 2021 after he was injured when he fell off the stage during his solo band's performance at the Monsters On The Mountain festival at LeConte Center in Pigeon Forge, TN on October 15.

According to TMZ, the rocker was a few songs into his set when he stepped to the edge of the stage and suddenly tumbled to the cement floor below through a small gap between the speaker and the stage; he was assisted back to his feet and taken by ambulance to a nearby hospital, where X-rays revealed that the singer had broken his ribs.

Neil's band continued the performance, with guitarist, Jeff Blando taking over lead vocal duties and, later, updating the crowd on the singer's status, as seen in a video shared by rock news outlet Metal Sludge.

"The truth is Vince fell and broke ribs when he fell. He can't breathe and he's gonna get dealt with medically," Blando told the audience. "Now, that sucks for us, and him. He was so excited to be here. He lives in Tennessee. But he was willing to stick it out and tough it out when the people back here were telling him 'Don't do it.' Let's have one good round of applause, please, for this guy."

"Get well @thevinceneil!," tweeted event host Eddie Trunk following the incident. "Vince slipped and fell off the stage tonight at Monsters on the Mountain here in Pigeon Forge. Vince had been moving & singing great before the accident. He's at hospital now getting care & X Rays. More when I hear. Get well VN!"

Motley Crue are scheduled to launch a twice-postponed US stadium tour with Def Leppard, Poison and Joan Jett & The Blackhearts next year. See fan filmed video of Vince's fall here.