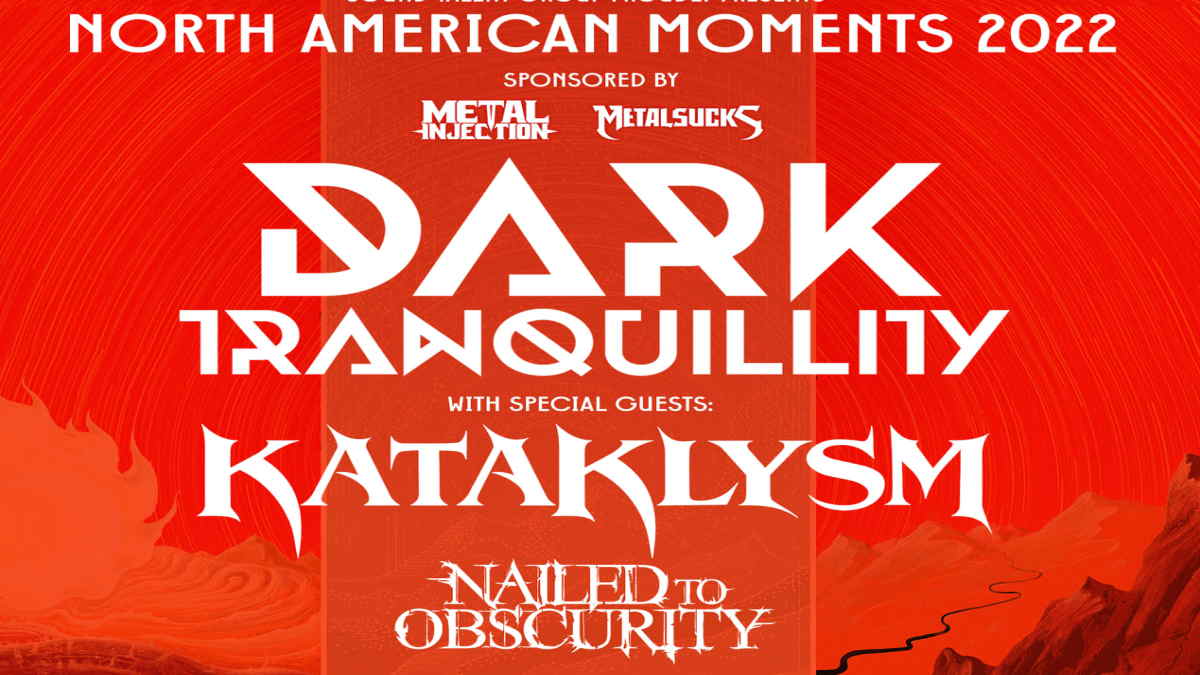 Dark Tranquillity have announced that they will be launching a North American tour early next year in support of their latest studio album "Moments".

Kataklysm and Nailed To Obscurity will be joining the trek as special guests and things are set to kick off on January 28th in Ashbury Park, NJ at the House of Independents.

The band had this to say via social media, "The wait is over and we are finally coming back to North America! We are super excited to get over and see our incredible American and Canadian fans after this long.

"You guys have always been there for us and to be able to do this expansive tour together with the fantastic Kataklysm and our friends from Nailed to Obscurity is going to be amazing. Bring on 2022! Tickets go on sale on Friday 12th Nov"