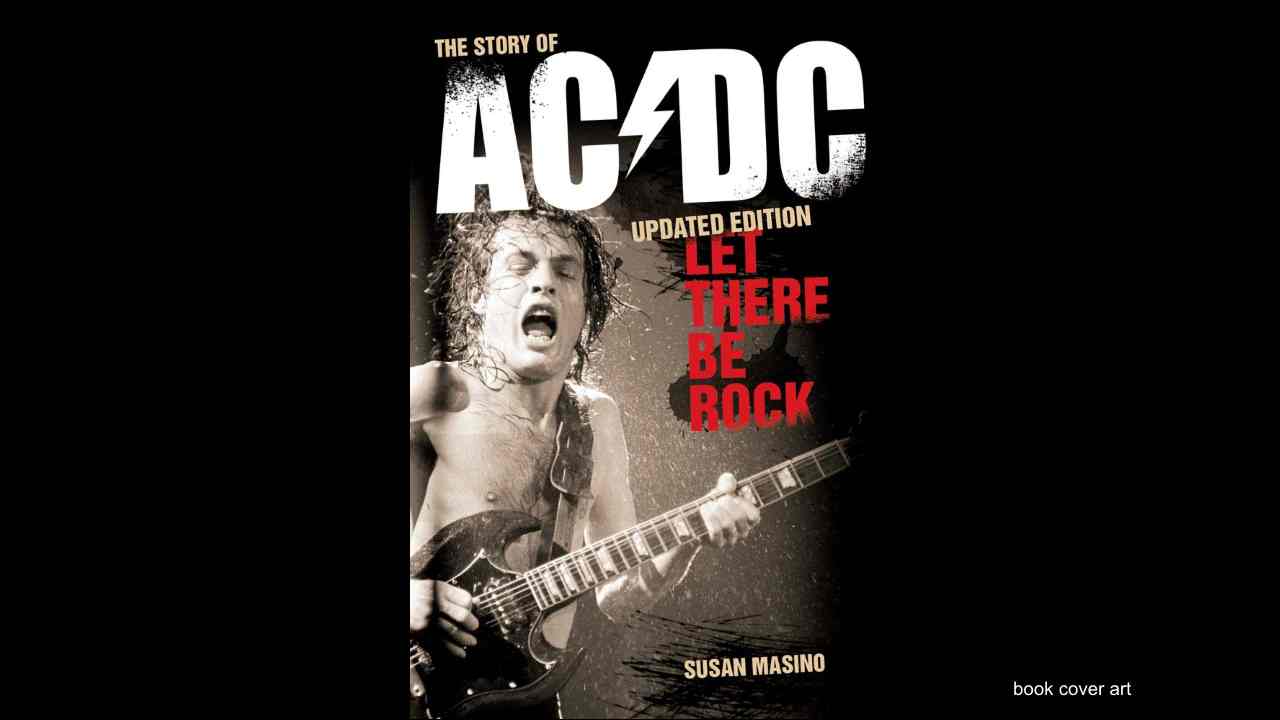 Veteran music journalist Susan Masino is releasing an updated edition of her book ,"The Story of AC/DC Let There Be Rock," in North America via Omnibus Press on September 3rd.

The new edition features more interviews and stories, plus new photos and expands the legendary band's story up to 2019. Here is the synopsis: "Learn how this group of Australian mates became one of the few truly legendary rock and roll bands in history. Author Susan Masino traces the band's roots, from their beginnings in Sydney, Australia in the early 1970s, to trail-blazing the U.S. mainstream, to the devastating death of lead singer Bon Scott in 1980.

"After that tragedy, the band pulled together and rebounded to the top of the charts with new front man, Brian Johnson, and their watershed album, Back in Black.

"The book follows the band through four decades of triumph and tragedy, including Malcolm's last performances on the Black Ice tour, and Angus picking up the torch. Through it all, AC/DC continues their quest to build a legion of new fans in the 21st century.

"Compiled from Susan Masino's interviews with the group across the last 40 years, as well as dozens of new interviews with other musicians and friends of the band, Let There Be Rock reveals the real story of AC/DC. "